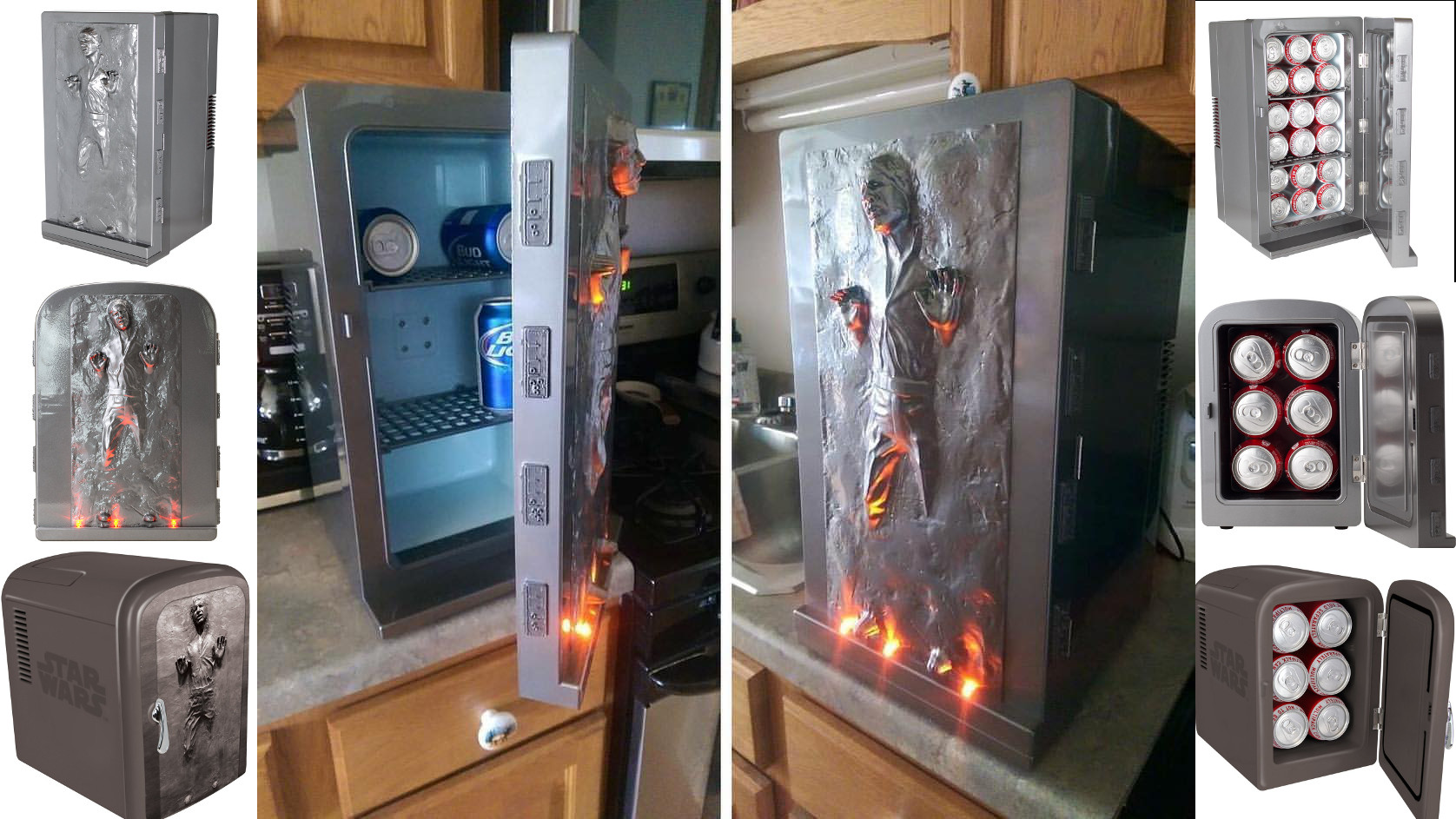 Which Han Solo Fridge is Right for You?

C-3PO: “Oh. They’ve encased him in Carbonite. He should be quite well protected.”

What better way to keep your Geeky Man Cave food and beverages cool, or warm, than by encasing them in Carbonite (*Han Solo Fridge is not made of Carbonite) with your very own Han Solo Fridge.  The hard part is deciding which Han Solo Fridge is right for you?  Luck for you, you have an Elite Geek friend that has looked them all over and can help you decide.  The fridges here are readily available, sure you could custom make your own but who has time for that.  But also be cause of that these are each a Han Solo Mini Fridge between 4 and 12 Liters.

This is the biggest of the bunch.  At 12 Liters it will hold 18, 12 ounce cans of pop, beer, or beverages of your choice.  The Han Solo effect on the door is fully 3D.  What really makes it stand out is the lighting effect on the front.  It gives a great glowing effect like we saw from Han Solo enduring the thawing process in Return of the Jedi.  It is powered by either a 110Volt AC or a 12Volt DC power supply meaning it can cool what you need in your man cave, or be portable and powered by your car bahttp://amzn.to/2dPNKPQttery if needed.  The shelves are removable so if maxing out the can capacity isn’t your highest priority you can always fill it full of bottles instead. Available from Amazon: http://amzn.to/2dPNKPQ 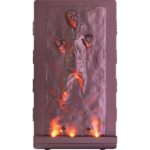 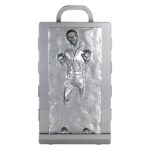 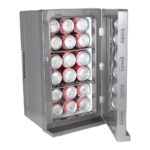 This one is one third the price of the bigger model above.  Being 4 Liters it will hold 6, 12 ounce cans of pop, beer, or beverages of your choice.  This makes it the size of your standard office person mini fridge.  The Han Solo effect on the door is fully 3D.  It also has red LEDs on the front to give a melting effect, but it doesn’t appear to be quite as pronounced.   It also is powered by either a 110Volt AC or a 12Volt DC power which is actually much more useful for this smaller refrigerator.  At this size you could take it to a tailgating party and be the star of the show.  Available from Amazon: http://amzn.to/2ee5nHj 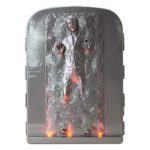 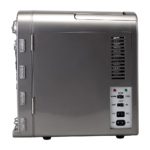 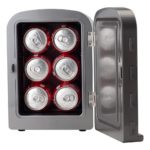 This one is the same size as the one above, but instead of being full 3D, Han in Carbonite is just a sticker on the front.  It will also hold 6, standard cans of pop.  It’s also a good choice for your standard office person mini fridge.  As mentioned Han Solo is just a sticker.  But as a trade off for losing the 3d effect this model is usually cheaper than the 3D 4 Liter version.    It has the same power options as the other two and comes with the car adapter.  While the 3D versions will make you the star of the party.  This one is still very cool, or warm, if you choose that setting for it, which it also has..  Available from Amazon: http://amzn.to/2ee7drY 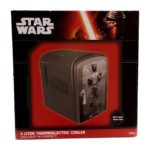 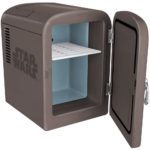 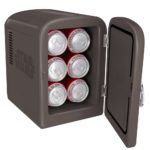 So which one is right for you?  Is it a home geek cave display where the bigger the better?  A countertop showcase piece where smaller is better but the 3D effect is really needed to impress?  Or an office utility piece where even just having the sticker is going to be really sweet?