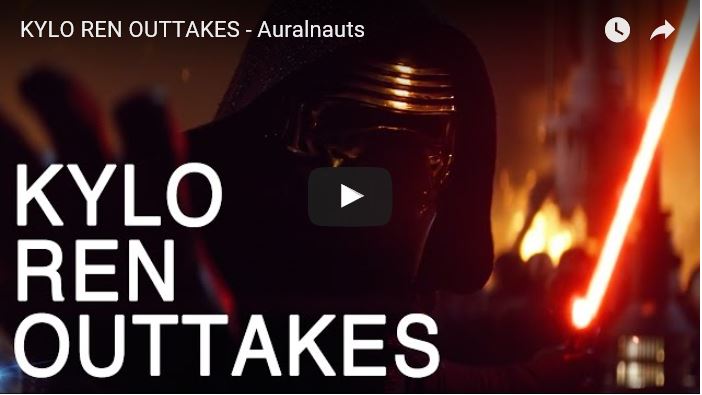 It turns out that we have only seen one version of Kylo Ren in The Force Awakens. There is an entire alternate version of the movie. The Auralnauts have uncovered a version of the Kylo Ren Outtakes and put it together here!

In the Kylo Ren Outtakes version above the interrogation of Poe Dameron is far better.  When he got to Kitty, Kitty, Kitty, Kitty, I just about lost it.  Unfortunately I let my son watch this with me.  He’s now across the room recreating this scene and playing while singing the song.

FYI, these Kyloe Ren Outtakes are completely made by the Auralnauts.  After watching this video go watch the rest too.  🙂